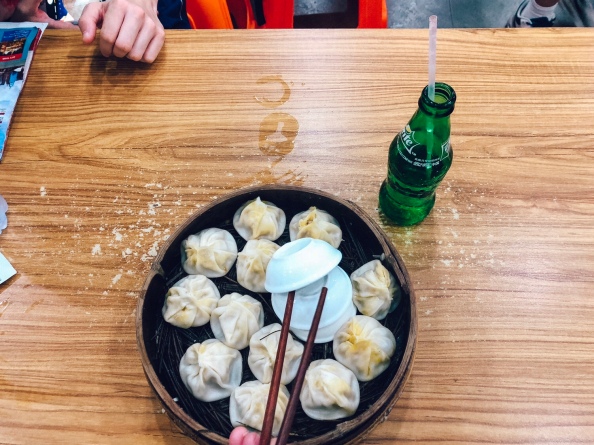 Some call me crazy for my willingness to fly twenty-five hours in order to reach a completely foreign destination only to stay there for a mere forty hours; I call it fun. Others become flabbergasted once I reaffirm that yes, China was the only country I visited on this trip. In my mind, every experience counts and it would be a shame to miss out on something just because you weren’t willing to take a leap of faith and just LIVE.

Even though the stress of flying standby is ever so pertinent, the blessings I have received from it abound. For this trip in particular, my father was piloting the plane (imagine “Take your child to work day” but in a different country)!

After a pleasant twelve hour flight across the Pacific Ocean, we arrived at the JW Marriott around 7pm in the evening. Because of the two extra passengers on his trip (my sister came along as well), my dad chose to upgrade to a suite for a moderate price. Let me tell you that this was a steal! We had almost 360 degree views of the skyline, including the Oriental Pearl Tower and The Bund which was amazing.

After getting washed up, we decided to take a taxi to the Starbucks Reserve Roastery, aka the largest Starbucks in the world. At about 30,000 square feet, this may have been the coolest coffee shop I’ve been to. The bottom level boasts hundreds of pastries for sale, a huge coffee grinder, and a multitude of mugs/tumblers/cups you can buy.

Once you go up the stairs to the second level, you immediately notice the bar to your left where beer, wine, and other alcohol is served. To your right, a massive glass case filled with the most delicious desserts ever tempts you by whispering your name. I bought a slice of their fudge cake which was absolutely divine. 10/10 recommend visiting this place if you are as basic as I am!

Hop On, Hop Off Bus

Since we had very limited time in Shanghai, we decided to do the touristy thing and take the hop on, hop off bus. There were three different routes you could take, but we chose to take the blue route which had the easiest access to The Bund. After getting off, we first chose to explore the Peace Hotel, a landmark known since the 20th century for its ability to foster cooperation (especially during WW2).

Next, we chose to go down to the Bund/Waitan to admire the view of the other side of the river. This area was quite beautiful and clean, making it one of my favorite spots in Shanghai. What still amazes me about the locals here is that they love to take pictures with you! I am tall and blonde so I suppose I stick out like a sore thumb 🙂 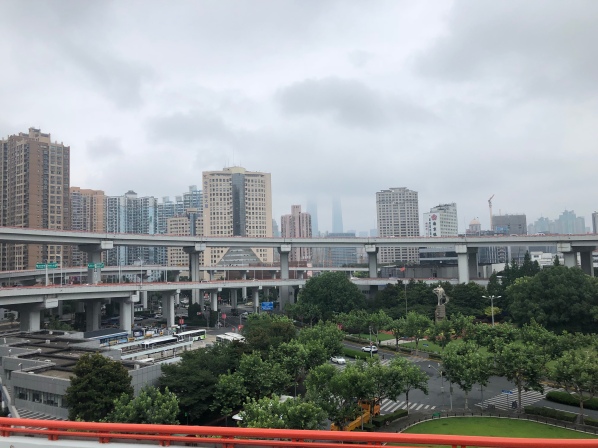 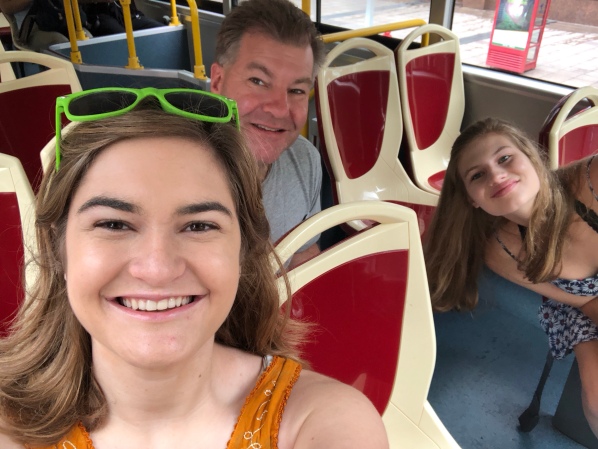 Since there weren’t any major landmarks near the Bund that we wanted to see, our family decided to get back on the bus and go across the river to visit the Shanghai Tower. If you do take this bus while in Shanghai, be warned that employees will exchange your tickets if you switch bus routes. I have no idea why they do this, but it caused us quite a lot of confusion which could have been easily avoided if we had known about it previously. 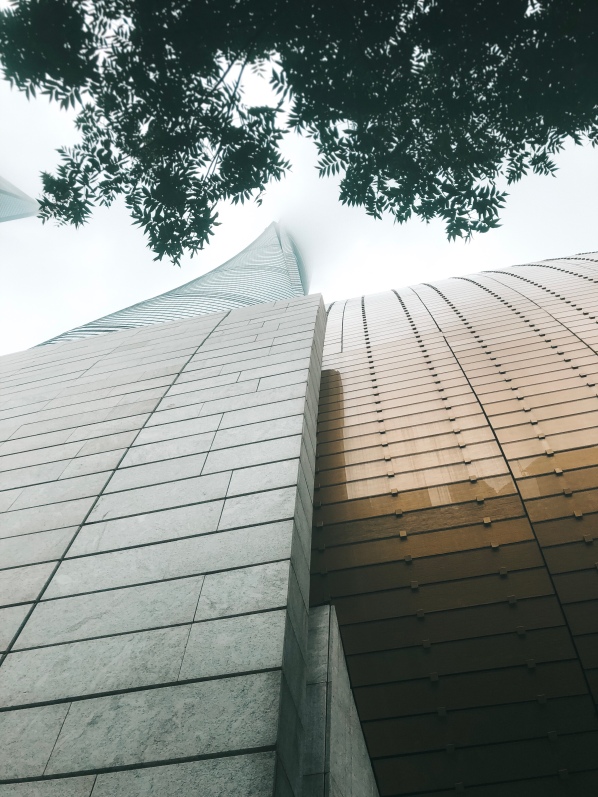 Once we got to the Shanghai Tower, we tried to go up to the top but were told that you could not see anything due to the rain clouds. Oh well, we basically got the same view from our hotel room! We also got an up-close view of the Oriental Pearl Tower, a unique piece of architecture.

After a quick bus ride back to the hotel, we decided to go to the Science and Technology Market just across the river. Only five stops on the green line of the metro, this market is located inside and sells lots of knock off products from brands like Beats by Dre, Gucci, Supreme, etc. However, they do have some nice clothing, boots, bags, and more for cheap. Even though some vendors can be aggressive, not all are out to diminish your cash supply. It is expected that you haggle with them so start much lower than you expect to get the product for. If the vendor is not budging, just walk away and they will (most often) chase after you and submit to the price you proposed.

Overall, a really fun experience and a much better option than shopping in the US and paying full price! 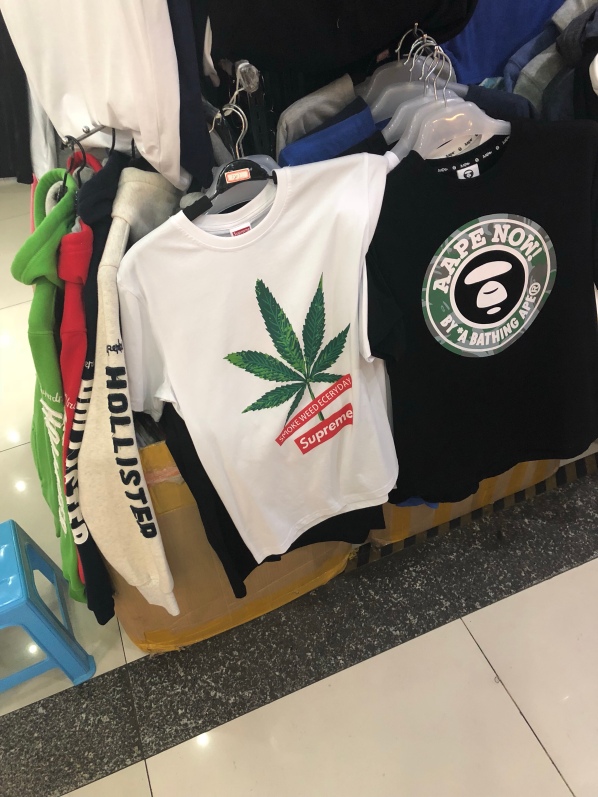 For dinner, my dad took my sister and me to a local dumpling restaurant named Jia Jia Tang Bao located on Huanghe Road. This was just a few blocks from our hotel, so it was well worth it to go and experience the local food in this magnificent city. You can either order pork or crab dumplings, but the crab is much more expensive. We decided to order three trays of the pork dumplings and they were delicious! Each tray came with about twelve pieces, making it a very satisfying meal. 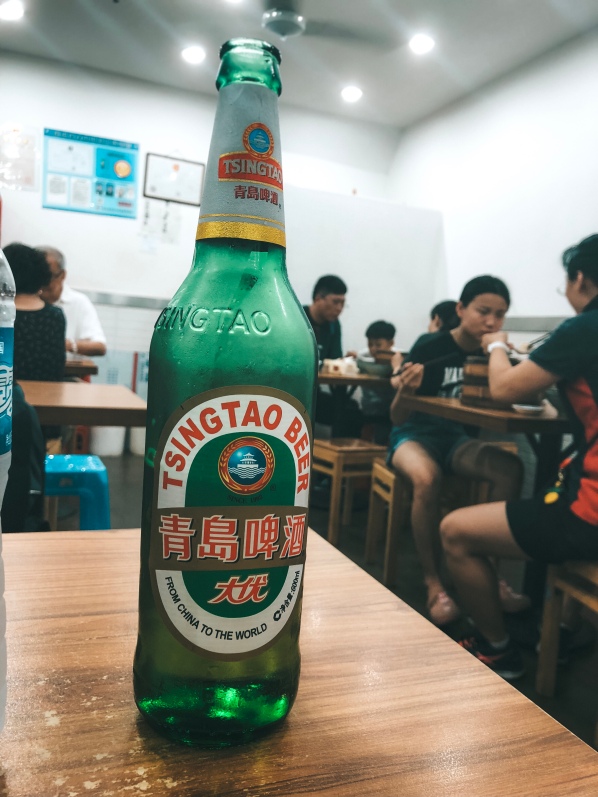 The restaurant itself was very small and is said to have lines out the door during busy lunch and dinner hours. Our meal itself was cheap, costing only 18 USD in total for three people.

Walking through the neighborhood was also shocking; power lines were hanging so low and were completely exposed! 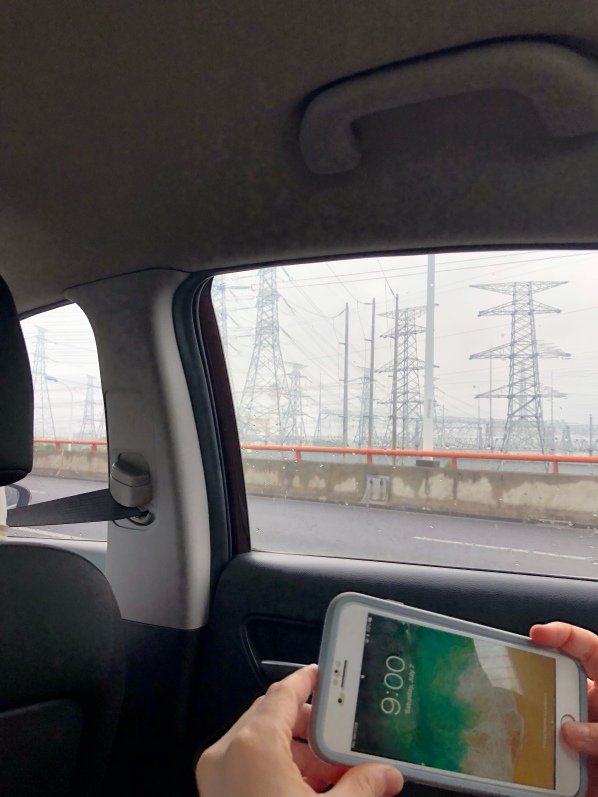